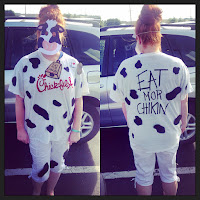 Chick-Fil-A has been a favorite of mine for quite a few years, however this was my first time participating in their Cow Appreciation Day! 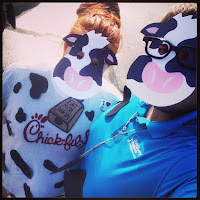 Basically, Cow Appreciation Day is just a fun promotion that Chick-Fil-A does each year, where if you dress like a cow, they give you free food!

This year, David and I dressed as cows and got two free meals!  It was so fun!

Posted by Unknown at 3:03 PM No comments:

I received SoapBox Soaps Coconut Oil Shampoo & Conditioner in my SoapBox VoxBox from Influenster.  I love the way this shampoo & conditioner makes my hair feel after it is rinsed out.  This Shampoo and Conditioner is so cool because it does more than just cleans and conditions hair...It helps provide a month of clean water to those in need.

The SoapBox Soaps social mission is all about helping people. It has evolved over the years so each product does something to help...

They can be purchased at your local Target.


I received these products complimentary from Influenster for testing purposes.
Posted by Unknown at 11:05 AM No comments:

So, I'm sure you already know, we got a puppy!  I mean, if you are my friend on Facebook or follow me on Twitter or Instagram, you definitely know it (I'm a little a LOT picture crazy!) 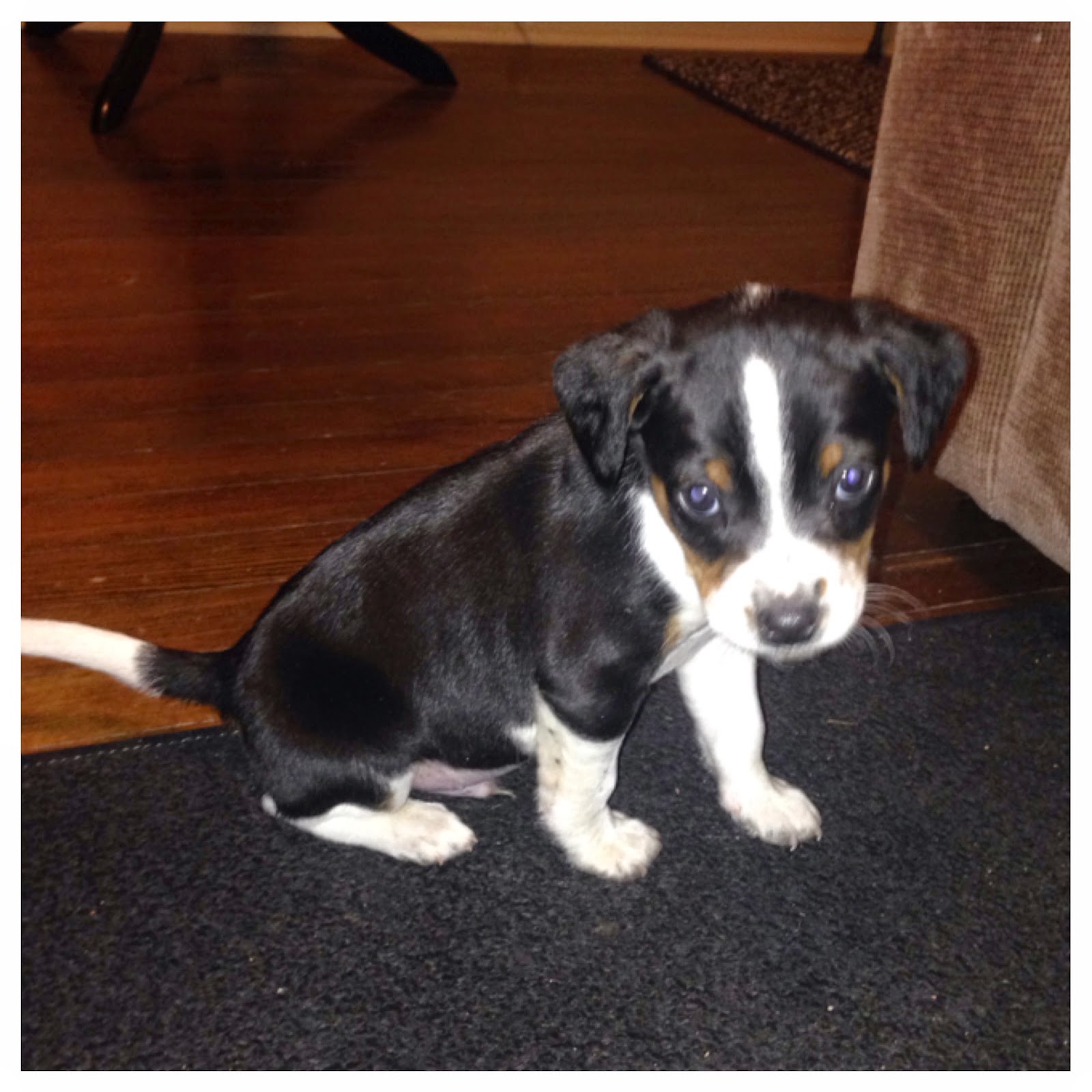 He is now a whopping 14 pounds and a very crazy 5 month old puppy!  He has now finished all of his rounds of puppy shots and recently had surgery so he will never become a father to any puppies of his own.  (He's okay with it, we have talked about it lots, and by the way he wags his tail, I believe he approves!  haha)

It took us a few hours to decide on a name for our puppy and finally came up with...Kramer.  Kramer, like Cosmo Kramer from Seinfeld.  My husband has always loved that show, and Kramer is one of my favorite characters from the show, and now that we've had Kramer for a few months now, his name fits his personality perfectly!

Kramer is growing up fast and learning new things daily.  One of my favorite things that we have done with Kramer is never allowing him to come in our bedroom.  He is just the most precious puppy, and patiently (most of the time) waits for us in the hallway in the mornings while we are getting ready.

I have wanted a puppy for a long time.  After much discussing me begging, and me desperately searching the Facebook Yard Sale sites for free beagle-mixes (because beagle was the only dog David had ever mentioned being open to the idea of getting), I found him and David actually said yes!  He is a great companion for me when David is working late for OCU Sporting Events, and I think secretly, David likes him too!  The only time I slightly wish that we didn't have him is on Pretty Little Liar nights when I am already scared from the show and have to take him outside, in the dark yard, to pee...I mean, can't he just hold it on those nights?  haha...If only it was that easy.  He actually, was fairly easy to potty train.  David and I are very consistent when it came to potty training.  We were both on the same page and as annoying as it was, took him out time after time after time.  Sidebar:  who's idea was it to get a puppy at the coldest, snowiest time of the year?!

One more bit of information about David and I owning a puppy.  His name is Kramer...just Kramer.  He is not Kramer Hose.  He doesn't have a middle name.  He is just Kramer.  Like Cher is just Cher.  I am NOT his mom and David is NOT his dad.  We our his owners, yes.  He is a part of our household, yes.  But we are NOT his parents.  We are his humans.  He is a part of our house, and I like him a lot...but he will never be considered our child...he is our pet...who has one name...Kramer.  Occasionally, we call him Kramer-dog...But never Kramer Hose and never mom and dad.

A Little Bit About Why I LOVE Influenster

I've talked about Influenster before in past posts, but today I just want to share a little about why I love Influenster!
1.  It is a great way to test, review, and share information about new products through receiving VoxBoxes.  I have received a few and have thoroughly enjoyed reviewing all of them on social media and on my blog!
2.  Influenster has an AWESOME app that makes reviewing easy for busy lives!
You really should check out Influenster!  Let me send you an invite  OR click on my Influenster circle on the Right side of the page!  :)
Posted by Unknown at 3:48 PM No comments:

I made these for everyone in our office.  It was so easy and really makes fun décor for Christmas time. 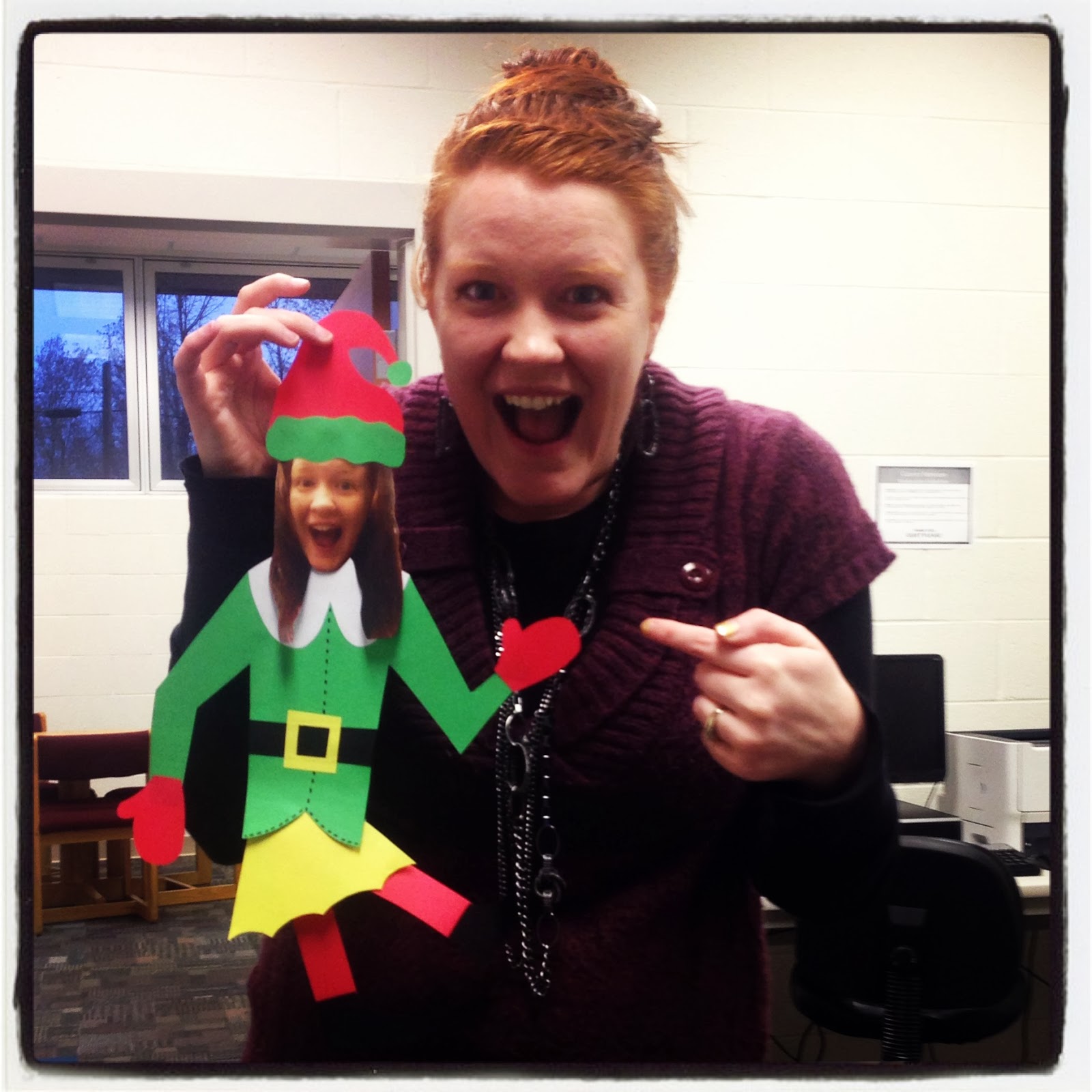 Materials Needed:
Colored Paper
Photo of "elf faces" printed on a colored printer
Glue Stick or tape (I used both)
Scissors
Pencil
(I also laminated ours so they would last longer, but it wouldn't be necessary)
Directions:
1.  Take an up-close photo of the faces you want to use and print them on your colored printer the size you want your elf's head to be!
2.  Cut out your elf face.  (for this it is best to cut out around the face and hair...you can always trim a bit more off later if you wish.)
3.  On your colored paper draw your pieces of elf clothing.  (Use your head cut-out to figure out what size of clothing you need.)
4.  Cut out your clothing.
5.  Use your glue stick or tape to piece together your elf.
6.  Hang your elf somewhere in your home (or in my case our office) to brighten someone's day and spread a little Christmas Cheer!
Originally written:  January 2014

The Hoses: No longer RDs

In May, David and I completed our 6th and final year of being Resident Directors in Brokaw Hall at Oakland City University.

When we decided to get married, we prayed about the possibility of applying to become RDs.  After much prayer and discussion with each other, we thought the RD job would be something we would enjoy and would be a great job for the two of us, since we loved our current jobs at the time as Resident Assistants.  We applied for the position and to our surprise, we were chosen as RDs of the Freshmen/Underclassmen GIRLS dorm!  I was excited but slightly nervous because we were soon going to be in charge of 60 Freshmen girls as newlyweds.

David and I had the desire to use our job as a ministry and are so thankful that God helped us do that in our 6 years as RDs.  We learned a lot throughout our time in the dorm and made some friendships that will last a lifetime.
﻿

Posted by Unknown at 4:36 PM No comments: 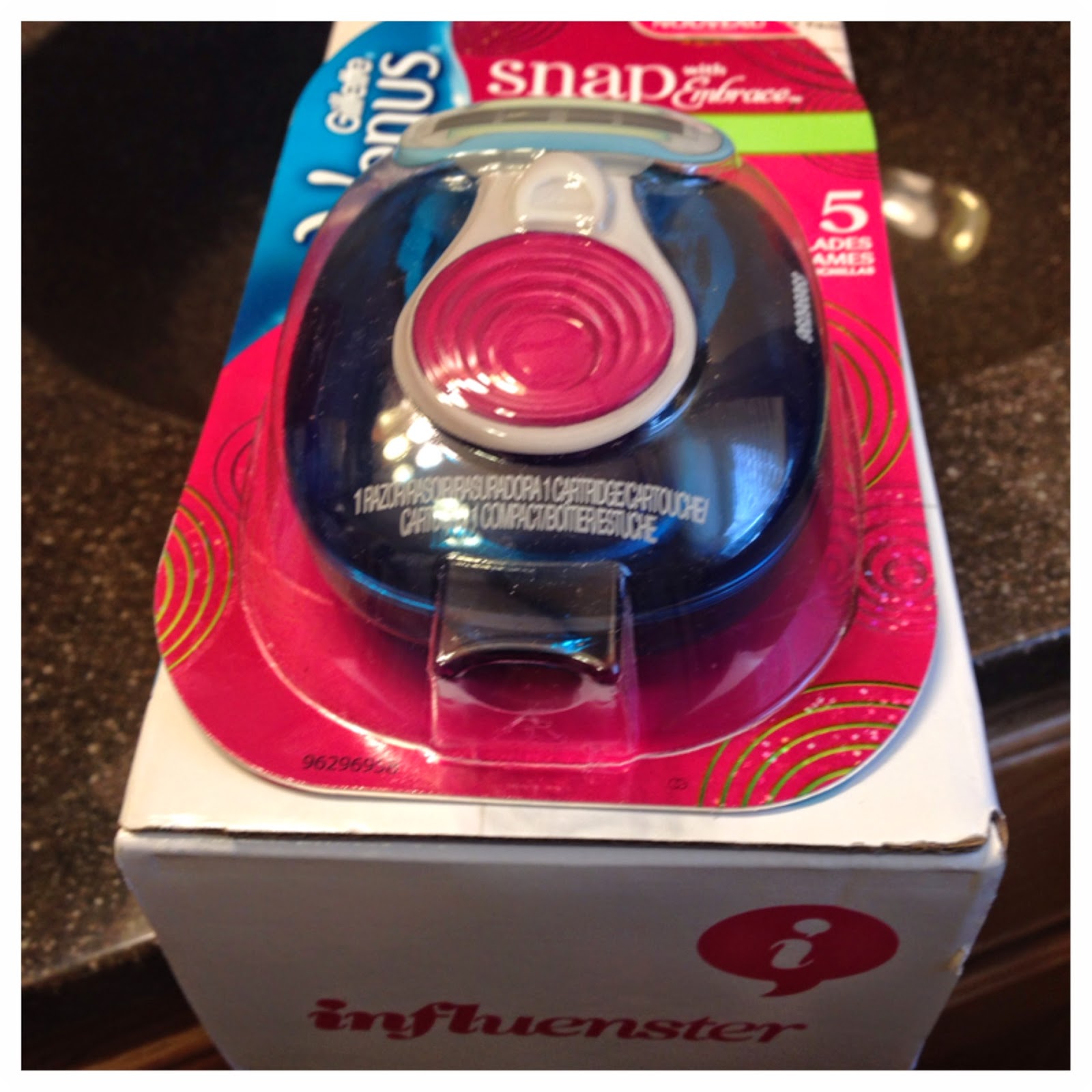 I recently received a complimentary Gillette Venus Snap with Embrace Razor from Influenster for testing purposes.

I cannot say enough good things about this razor...I love it!  It is compact, cute, leaves my legs extremely smooth.  It is great if you forgot to shave that morning OR perfect if you were rushed in the morning (who isn't?!) and shaved so quickly you just missed a few hairs.  Throw it in your purse, work-out, or make-up bag and you will be set for your crazy busy on-the-go life!

I put mine in my purse or car so it is ready any time I need a quick shave!  It is PERFECT for my busy life and I'm sure it would be perfect for yours, too!
Posted by Unknown at 3:09 PM No comments: 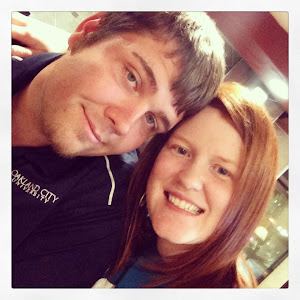 We're the Hoses! A small town couple who tries to please the Lord with everything we do and every decision we make.